Tung Yee Peng is a tiny community hidden away on the popular southern island of Ko Lanta Yai. It was originally known as “Toh Yee Peng”, named after the settlement’s original founder, before it eventually became Tung Yee Peng. Living off the land and ocean, locals here are predominantly fishermen and farmers. Many of the island’s Muslim population formed Tung Yee Peng ecotourism community – with the aim of educating and inspiring visitors to learn about this unique way of life that is deeply connected to the mangrove forest running along both sides of the canal down into the open water. After disembarking the plane at Krabi aiport, you’ll head along the green, winding road until you eventually reach the pier where you’ll board a boat to the island. Upon arrival, you’ll have the chance to take a look around the lush mangrove forest accompanied by fiddler crabs, as well as birds and other sea creatures. Sip on a herbal drink back at the community while watching the last light of the day disappear as the sun sinks below the horizon. For dinner, get an authentic taste of the south with fresh, locally prepared dishes to be enjoyed while listening to some of Tung Yee Peng’s old folk songs and poetry. In the morning, admire the sunrise from a small boat on the water – with nature’s soundtrack in the background. In Ko Lanta, you can discover your own story of nature conservation and restoration.

The Muslim way of life, deeply connected to the abundant mangrove forest and the Andaman Sea.

Price for activities and food in community

*Accommodations, Acitivities in the community and meals are included
Air tickets and VAT are not included

The activities are suitable in all seasons.

Food at the Community

Getting to the Community 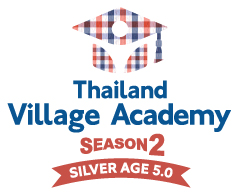